Skip to content
Please check hours until our regular schedule returns on February 7th. Visiting researchers are permitted in CUL special collections by appointment only.
Libraries and Hours Ask a Librarian

Currently at Carl A. Kroch Library

We host exhibitions in the Hirshland Exhibition Gallery, the Michael T. Sillerman ’68 Rotunda, and the reference room, which are all located in level 2B of Carl A. Kroch Library.

NOTE: The Hirshland Exhibition Gallery is currently closed while we install our next exhibition (see Full Hours).

On Our Backs magazine launched in San Francisco in 1984 promising, per the tagline on the cover, “entertainment for the adventurous lesbian.” The photographic images on the cover and throughout were central to its mandate to deliver sexual content for lesbians. The photography also created the greatest difficulties for the magazine’s circulation at a moment when many feminist leaders decried pornographic photographs and film as a form of violence against women. This exhibition presents original photographs created for On Our Backs during its first decade. Made by staffers and freelancers, professionals and amateurs, members of the magazine’s inner circle and its far-flung readership, they convey the fantasies, imagination, humor, rigor, radicalism, political engagement, and ethos of community-building and inclusion that defined On Our Backs and made it a touchstone in the queer press. Additional photographs and documents elucidate the political and erotic contexts into which the magazine emerged, the women behind it, and their business practices and strategies. All materials are drawn from Cornell Library’s Human Sexuality Collection.

We also host many of our current and past exhibitions online, including those featured here. Please see Online Exhibitions for a complete list. 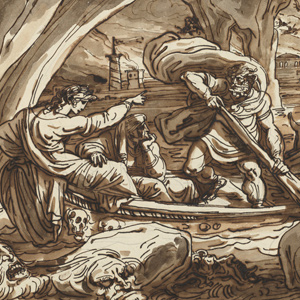 Visions of Dante is timed to mark the 700th anniversary of Dante’s death in 1321. The exhibition of approximately 100 works in various media explores the visual and visionary nature of Dante’s poetry. It presents The Divine Comedy as a major source for artists from the late Middle Ages to the present day; furthers Dante scholarship; and provides access for diverse learners to Dante’s complex and compelling views. 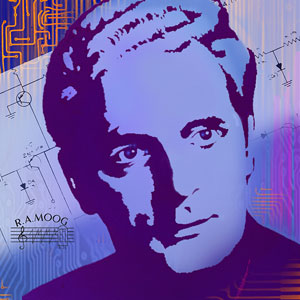 Electrifying Music: The Life and Legacy of Robert Moog

Drawing from Cornell’s rich archive of materials that traces Moog’s lifelong fascination with electricity and its musical possibilities, this exhibition features instrument prototypes, design schematics, photographs, correspondence, and audio recordings. It also provides viewers with an opportunity to play a theremin and Minimoog supplied by Moog Music Inc.

Highlights include documents from Moog’s years studying at Cornell University, running his first synthesizer factory in Trumansburg, New York, and collaborating with composers and recording artists for whom he created personalized systems, including Wendy Carlos, who popularized the Moog synthesizer with the album Switched-On Bach; Keith Emerson of the progressive rock band Emerson, Lake, and Palmer; and jazz musician Eddie Harris. 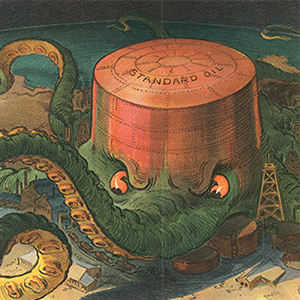 Latitude: Persuasive Cartography features highlights from the PJ Mode Collection of Persuasive Cartography—maps intended primarily to influence opinions and beliefs, rather than to communicate geographical information. These “persuasive” maps are focused on shaping decisions and desired outcomes. They employ a variety of tools and strategies—unusual projections and coloring, selective inclusion, imaginative illustration, allegory, satire, and even intentional deception—to advance a particular cause or point of view. Spanning from the 18th century to the present, many of the maps on display illuminate historical perspectives on topics that still resonate today, such as immigration policy and political gerrymandering. Others seek to foster social change, promote products and places, or send warnings about imagined futures. From the past to the present, Latitude helps us understand how ideas and opinions are shaped by data visualization techniques. 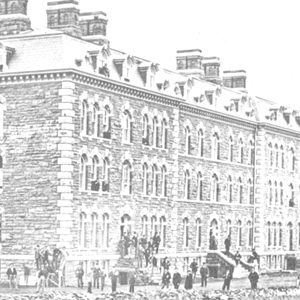 Cornell University began with its Inauguration Day ceremonies and its first day of classes in October 1868. At the end of the first academic year, it held its first Commencement exercises in July 1869. In his Inauguration Day remarks, Ezra Cornell acknowledged that his new campus might still look much like the cow pasture it had once been, but he also noted, “We have not invited you to see a university finished, but to see one begun.” This exhibition documents these early events in Cornell’s history and celebrates their 150th anniversary. 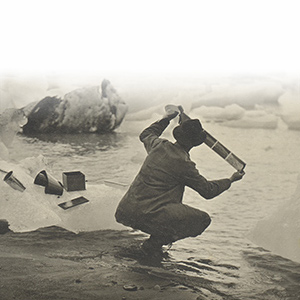 World Picture: Travel Imagery Before and After Photography

Drawing from Cornell’s Rare and Manuscript Collections and the Herbert F. Johnson Museum of Art, World Picture examines how published travel imagery created and transmitted geographical knowledge during the nineteenth century, a period of rapid and extraordinary change in how people traveled, represented, and understood the world. After photography’s 1839 debut, the new medium was seen as uniquely suited to the task of presenting accurate geographical description. At the same time, traditional illustration methods such as wood engravings, etchings, and lithographs offered varied and often romanticized interpretations of their subjects in an exploding number of publications dedicated to travel and exploration. What does this reveal about the roles of authenticity and aesthetics in the success of the Western project to teach audiences about faraway places? 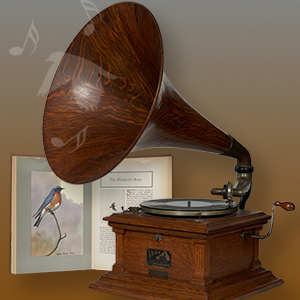 Mixed Media: The Interplay of Sound and Text

How do you write a sound? How do you hear a text? “Mixed Media” examines how representations of text and sound have shaped our perceptions of the material world, tracing the technologies used to replicate and transmit them. The exhibition features rare artifacts that illuminate 500 years of inventions that record and distribute information—from movable cast metal type to Edison’s model wax cylinder-playing gramophone. 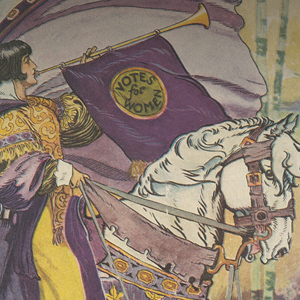 This expanded version of the 2017 exhibit “Woman Suffrage at Cornell,” at Kroch Library, part of Cornell’s celebration of the New York Suffrage Centennial, provides glimpses of that struggle through photographs, broadsides, programs, postcards, and other memorabilia. 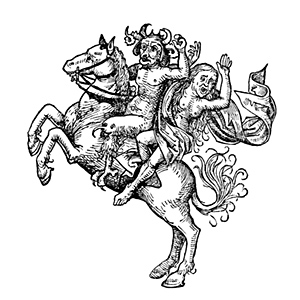 The World Bewitch'd: Visions of Witchcraft from the Cornell Collections

“The World Bewitch’d” is an exhibition exploring the origins and spread of the belief in witchcraft across Europe. Featuring rare and unique books and documents—from 15th-century witch hunting manuals to 20th-century movie posters—the exhibition examines themes such as gendered stereotypes, belief in night flying, shapeshifting, demonic pacts, and the witch epidemics that resulted in the deaths of tens of thousands. The World Bewitch’d offers a rare glimpse of the treasures of the Cornell Witchcraft Collection, established by Cornell University’s first president, Andrew Dickson White, and now the largest in North America with more than 3,000 items. 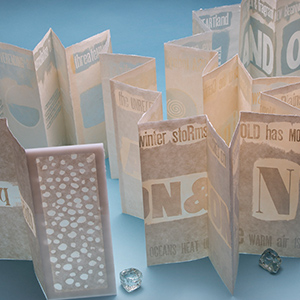 “Wake the Form” explores the modern artist book and its lineage through selections from Cornell’s collections of artist books, rare books, children’s books, games and archives. Placing such seemingly disparate objects in close proximity allows the viewer to make connections between the past and the present, blurring the lines between art and authorship. This exhibit demonstrates how book objects are not passive, but require our engagement in order to be fully experienced. We must participate, activate – we must first wake the form.